Apply to event
If you wish to send a group request, please contact us by e-mail vedmaklarpriga@gmail.com 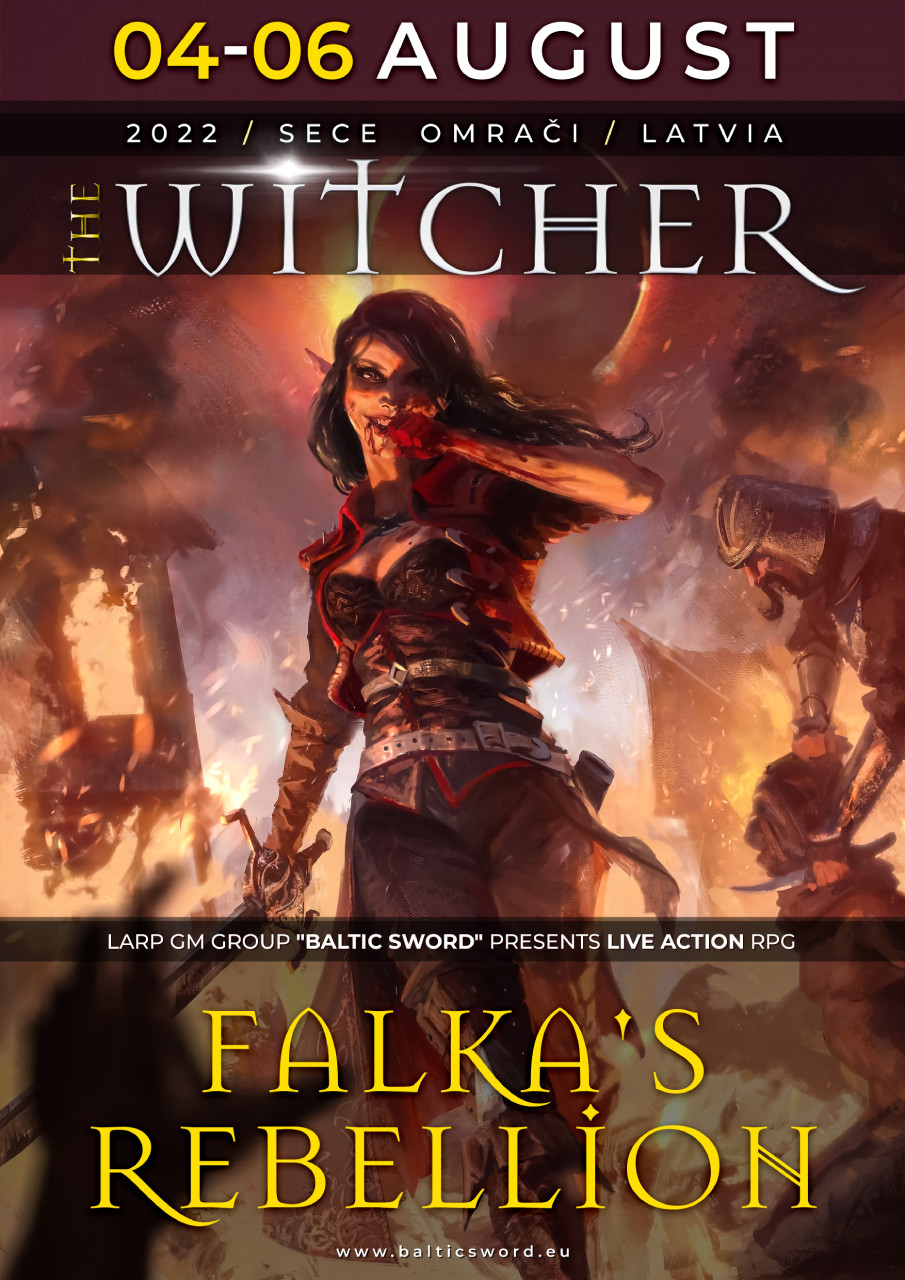 Approximate year of the game: 830
Canon events during this time-
Raffard the White ends the Six Years' War between warring kings. While he does not officially rule, he becomes the first advisor to Temeria's mentally ill king, commanding power from behind Creation of the Conclave of Mages and adoption of the laws drawn up by Herbert Stammelford, Aurora Henson, Ivo Richert, Agnes of Glanville, Geoffrey Monck and Radmir of Tor Carnedd Formation of the Chapter and Supreme Council of Mages Executions of all those who do not recognize the Conclave and new laws. Raffard the White is among those killed in the ensuing conflict
Agnes of Glanville, Aurora Henson, Nina Fioravanti and Klara Larissa de Winter took control of the four elements of magic.

"Three hundred years before the story of the famous witcher, Geralt, the White Wolf. Human and Non-human are finally at peace. But the withering flame of war does not mean extinction of fire that boils the hatred between races. Recently created human kingdoms, suffer from the raids of desperate partisans just as much as they did during the years of the war itself. In order to strengthen their power and support their claims to throne,  many lords of newly formed estates carry out cruel, and unneeded executions. At the beginning of the new world, the invisible thread of intrigue and treachery is woven. Chapter and Supreme Council of Mages uses this thread to boost their positions who will take their rightful place on the top and who will perish  in this picture of the new world, created with colors of blood, flame and fire .. .. "